During the 1980s, Barrett Hines would ride to school in his dad’s carpet van with his brother growing up in Temple, Texas. Eventually, Barrett would follow in his dad’s footsteps by taking his first job working with his Uncle Jerry installing carpet and sheet vinyl. Although along the way he entertained many other trade opportunities, he always came back to the skills his father and family taught him.

In 2013, while Barrett was working for a small flooring company in Belton, Texas, he met his wife, Tammy. Surprisingly enough, she is also from a flooring family. Although Barrett had 13 years of flooring experience, he still didn’t have a brand. That’s when his wife Tammy came up with their company name,Floored by Barrett Hines. 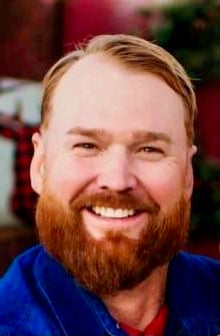 Coming from a combined family with over 100 years of experience, Floored by Barrett Hines separates itself from the rest by installing all types of flooring through numerous renovations, restorations, and more. Barrett’s company serves the Belton, Temple, Salado, Killeen, and surrounding Central Texas area.

Barrett began using Oatey’s Designline™ Decorative Shower Drains when the product was first introduced. He decided to try the offering as an alternative to what he had previously used for shower installations: Schluter square drains. 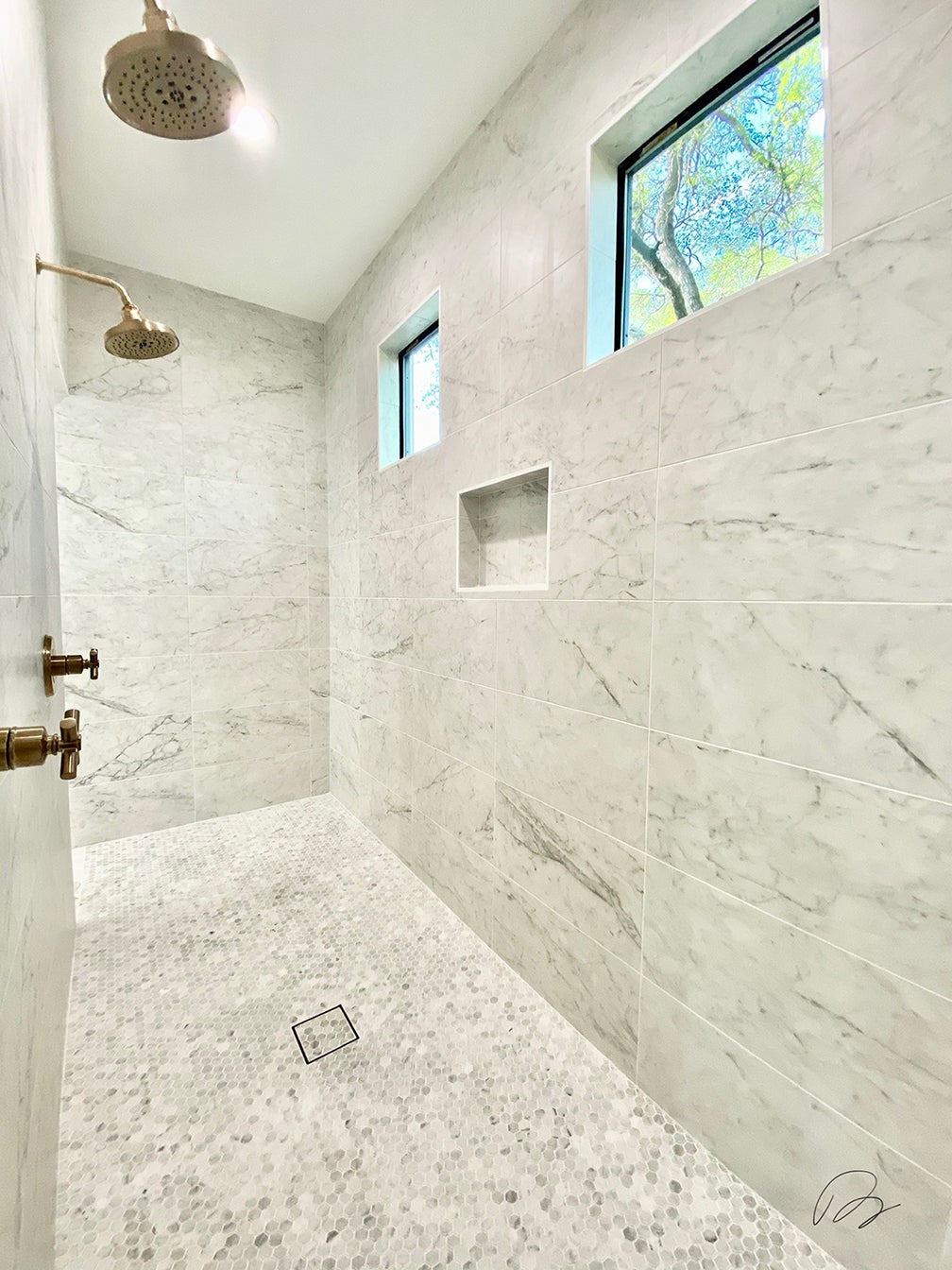 Barrett opted to switch, in part, because of the convenience of shopping at his local Home Depot stores. “I can pick up products there without worrying about shipping costs and delivery delays.”

Ease of installation also played a role in his decision: “I’m able to install the drain without having to worry about other issues,” he continues, referring specifically to Oatey’s Designline Square Drain. “It’s a versatile product that can fit throughout any home installation process.” The Square Drain has a two-inch outlet adaptor with an O-ring that attaches to standard drain outlets for a universal fit.

To Barrett, Designline shower drains “are unique and different from others — more aesthetically pleasing.” That, in turn, attracts potential customers whenever he posts his finished designs on social media. A key part of Square Drain’s appeal can be found in the variety of its cover styles and finishes, such as a matte-black design or even a tile-in grate option.

“To this day, I still get messages and requests from customers about our use of Square Drain in their showers. It has helped me gain even more customers and jobs.”

We use cookies to anonymously collect information about how you use our site, monitor site performance, and improve your experience.

How to Install a Preformed Shower Base Drain

How do I install a No-Caulk Shower Drain (step by step)?

Contact our customer service department and they will be happy to send you a copy of the instruction sheet and exploded view drawing.

Where do you put the rubber washer and paper ring when installing a shower drain?

Is the flat side of the No-Caulk gasket facing up or down when it is put over the drain pipe?

The bathroom is easily one of the most visited places in a home, so why not make it one of the best-looking places in your home? Using trending bathroom colors can instantly take y...

Have you ever looked at the last load of laundry and considered throwing it away? Although we can’t get you to finish your household chores, we can give you ideas on making them a ...